Branding, Leadership and the Supply Chain 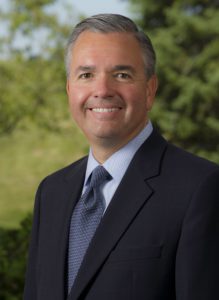 Sheets recounted the story of XIAMETER®, Dow Corning’s unique brand and product differentiation strategy. This new brand was developed in response to increasing margin pressures across Dow Corning’s core silicone-based specialty chemical business at a time when a number of market forces including a maturing product line were hampering Dow Corning’s growth.

In 2002, Dow Corning’s CEO tasked Sheets with addressing this complex problem. He was given a $1 million budget and a year to develop a solution. Out of this challenge came XIAMETER®, Dow Corning’s groundbreaking internet business model through which their commodity chemicals would be sold.

Up until this point, Dow Corning was selling its products in the same way it always had and overlooked the fact that their chemicals had essentially become commodities. “We’re a brand-based species,” commented Sheets, “and we’ve taught the world to be brand conscious.” While its customers treated these products as commodities, the company hadn’t adjusted to this paradigm shift and was still pricing them as premium products, above what customers were willing to pay.

After an extensive product review, a decision was made to take their low-end commodity products (approximately 40% of the business) and sell them over the internet under the XIAMETER® brand name. The remaining 60% became Dow Corning’s specialty product line which continued to be sold under the Dow Corning brand name.

Prices on commodity products in the XIAMETER® portfolio went down by approximately 15%, but there was a catch. New business rules were defined that only allowed customers to place product orders in standard sizes and with standard payment terms. Customers also had to place their own orders through the internet. In exchange, Dow Corning guaranteed on-time delivery, which was valued more than some of the services they had charged for previously. “Customers want and need choices and will accept elimination of non-valued options,” offered Sheets. 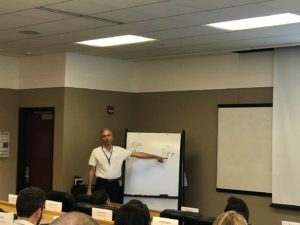 Customization was still possible for these commodity products, but would be priced accordingly. Any customized orders would also have to be placed through the specialty products channel. By segmenting its products, Dow Corning leveraged the strengths of its supply chain and further optimized it through their new internet ordering system, which tied directly into Dow Corning’s SAP system. Shifting ordering to this lower cost channel took people out of the equation altogether, eliminating customization of orders for these commodities.

The XIAMETER® team devoted “ruthless attention to costs” and eliminating non-value added activities as they attacked Dow Corning’s margin problems through the supply chain by helping their customers buy more effectively. This approach helped Dow Corning extract greater value from the specialty product business where they could command higher margins. The Xiameter story represented a classic supply and demand model because it helped accelerate growth resulting in increased demand and output as Dow Corning was able to put more of its assets into production.

In creating XIAMETER®, Sheets assembled an experienced team of professionals from across the organization, whom he described as a group of “pirates and cutthroats” who intimately understood Dow Corning’s business and shared a commitment to the innovation they were collectively trying to implement. This team challenged norms and fought against the “corporate antibodies” engrained in the corporation and used “audacity as a force measure” to fundamentally change the way Dow Corning went to market.

Since its inception, the story of the XIAMETER® brand has garnered industry-wide attention and has become an oft-cited case study around innovation.  XIAMETER® would grow to become a $2.5 billion channel under Dow Corning.